Not getting the head or tail of what it refers to? Haven’t you played the biggest entertainer ‘Iron Hopper’ game till now?

If you haven’t, get it from the ‘app store’ or ‘play store’ and set yourself rolling with an adventure game that demands a whole lot of your attention.

What Is It All About?

Imagine yourself out from a big stony gateway with a giant, fiery ball rolling at high speed behind you. You have pillars to stop you, purple patches to mighty-slow your speed and a slight mistake of yours could let you fall off the platform you are running on.

Relax! This is just a game. And with all the hurdles to stop your way, you could tap to jump, double tap to double jump and swipe to turn your way.

Yet another good thing is that you get coins in your run, which you could collect to unlock as many as 30 characters in the game.

Dissatisfied with the number of coins you have?

Purchase as many as you want from the in-app coin-purchase point and you could easily get your favorite characters unlocked with the bundles of coins you have in your bag.

This game is thrilling as hell, and you never get just enough of it in a specific period, whether you play it for hours in a day, or spend an entire night to collect coins and turn your high score higher and higher.

You take all the while to escape all the hurdles, but a single, overlooked purple patch blocks your way and there it is- the massive ball-of-fire turning you flat enough. Beware, the game could turn an addiction.

Other Features To Admire ‘Iron Hopper’:

Not only the adventure you face, the game has other hoards of elements to lure your interests. Some of these are as follows:

So if you see late-night GIFs of some mysterious but attractive hopping game, do not turn bewildered. It’s ‘Iron Hopper’ that your friends have downloaded and it has kept them engaged for hours and hours.

Whatever your age is, this adventurous thriller is meant for one and all. You would take no account of when the clock-hands take a giant leap, while you are up, hopping, double hoping and defeating the fireball behind you.

It’s time to test your gaming skills. If you think that you have achieved all the pinnacles of high scores in various games, come defeat the highest of ‘99’ till date in ‘Iron Hopper.

5 WAYS TO KEEP YOUR DOG HAPPY AND HEALTHY 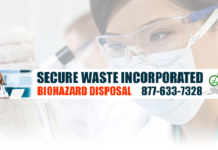 Healthcare Linens and Their Medical Aspects

IT Services Author - July 22, 2021
0
Online business marketers know this thing very well that techno-aged people have made the internet their virtual hub and being able to...

BENEFITS OF MOBILE APPS FOR BUSINESS

Software Author - July 12, 2021
0
Every savvy business is following their mobile-first- approach, as more than half of the population nowadays relies more on a mobile application...

5 Office Design Tricks That Will Increase Your Productivity At Work

Art & Printing Author - June 25, 2021
0
Everyone loves a more productive workspace. There are many ways you can boost productivity at the workplace. Many things and tricks can...

BENEFITS OF MOBILE APPS FOR BUSINESS

5 Office Design Tricks That Will Increase Your Productivity At Work